Prof. Georgi Spassov – fluteAfter receiving his Master’s Degree at the Bulgarian National Music Academy he specialized in Zaltzburg with some eminent muzitions like K.H. Zoller and Aurel Nikole and later with J. P. Rampal and Alain Marion at the National Conservatoire in Paris, and the Summer Academy in Nice.
He has assisted famous Professor Andras Adorjan during the master classes at the Varna Summer Music Festival and the March Music Days Music Festival in 1990 and 1992 and every year he has lead numerous master classes in Bulgaria, Cuba, Japan, Sought Korea and others.
His high professional achievements have been honored with the Golden Lira Prize of the National Music and Dance Artists Association. 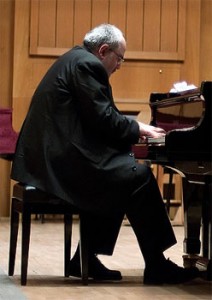 At the moment, Rostislav Yovchev is a assistant professor at The National Music Academy and at the Sofia State University.

Prof.Helene Luyten – pianistShe decided to continue her studies at the Royal Conservatory in Brussels where she obtained her “Dipl?me Sup?rieur” as a student of the renowned pianist Eduardo Del Pueyo, and with Arie Van Lysebeth as her chamber music teacher. In order to refine and perfection her playing even more she first became a student at the “Chapelle Reine Elisabeth” in Argenteuil with teacher and coach Eduardo Del Pueyo and later she obtained a Fullbright Scholarship for her studies at the world-famous Juilliard School in New York where she earned the Graduate Status. At Juilliard she also took lessons Chamber Music for Two Pianos, Pedagogy for Piano, Contemporary Music, Musical History and Piano Literature.